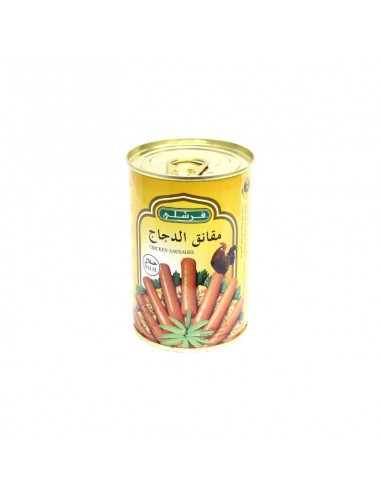 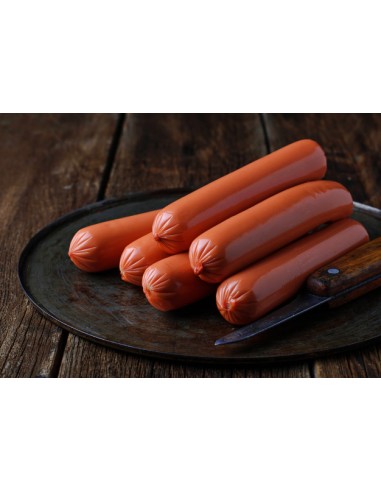 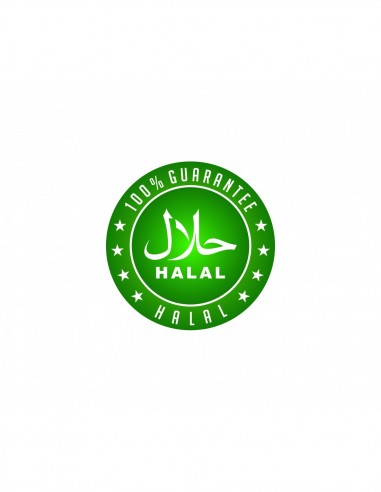 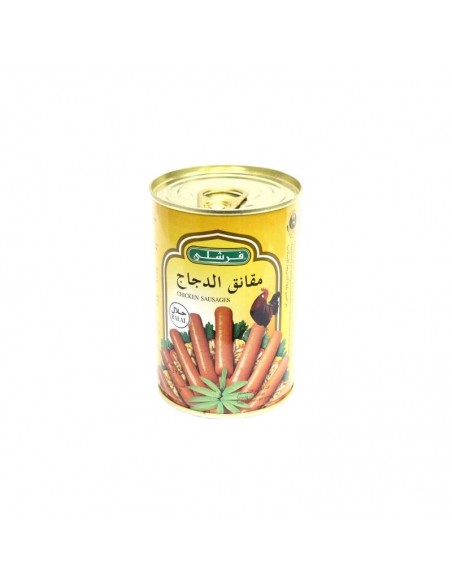 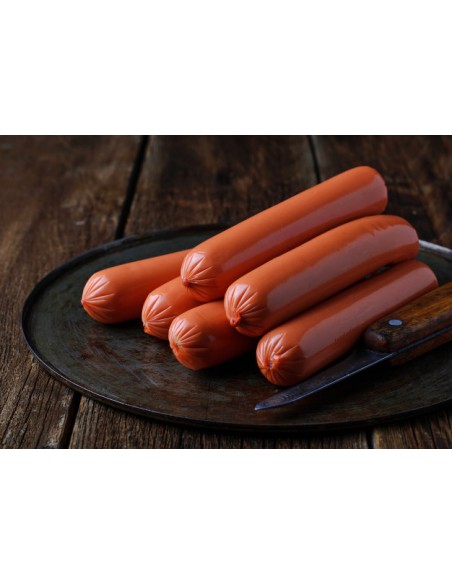 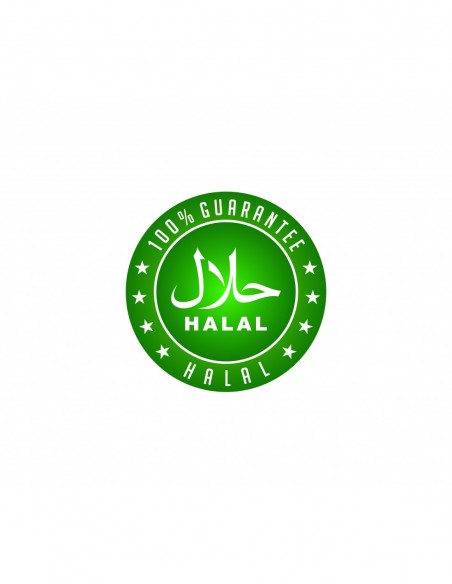 Freshly Halal chicken sausages can be cooked grilled, boiled, or baked, you can also accompany them with salads in sandwiches or with your favorite dishes. 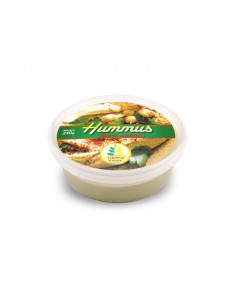 LIBANOFOODS
7997
€1.50
Try the delicious Artisan Hummus with a fluffy texture. Hummus is a cream of cooked chickpea puree, to which tahini paste is added, it is ideal for accompaniments to Mediterranean cuisine dishes and to serve with pita bread, Lebanese bread, canapés or snacks. "THIS PRODUCT NEEDS REFRIGERATION FOR ITS SHIPMENT" Ingredients: Cooked chickpeas, sesame... 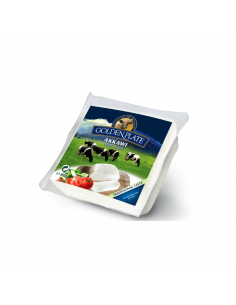 GOLDEN PLATE
7467
€5.00
Akawi Cheese is an unripened brine cheese with a smooth consistency and a very mild and slightly salty flavor, it can be used for salty dishes. You can eat it as an appetizer, or combine it with other dishes. "THIS PRODUCT NEEDS REFRIGERATION FOR ITS SHIPMENT" Ingredients: Cow's milk, salt, microbial rennet enzyme. Allergens: Contains lactose. Format:... 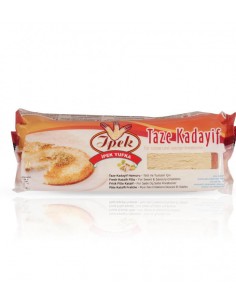 8069
€3.50 €3.89
Kadaif is a dough widely used in pastries in the Middle East and for snacks. It is ideal for preparing the traditional Kadaif ekmek dessert, but it can also be used in various dishes by wrapping the kadaif with cheese and shrimp With a crisp and fine texture, kadaif threads make nests, cylinders, flat layers, toppings or even skeins that add volume and... 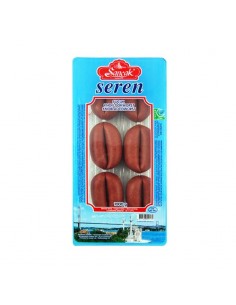 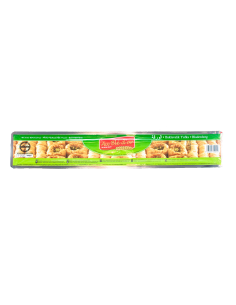 8068
€2.50
Phyllo dough or Baklawa, is a dough used in the gastronomy of the Middle East, it is used in Lebanese sweets such as Baklawa or Knafeh. They are also used to make some triangles of phyllo dough stuffed with spinach, pine nuts and cheese, typical of Greece and called Spanakopita, or to use it with the dishes that you like the most. Ingredients: Wheat...

7991
€7.00
Muhammara is a paste / cream made from Ajvar red chilli and walnuts. It is one of the most traditional dishes in the gastronomy of the Middle East. It is ideal to accompany with pita bread, Lebanese bread. The ideal dip for appetizers and entrees. Suitable for vegans Ingredients: Ajvar (bell peppers, aubergines, sunflower oil, sugar, salt, vinegar, hot...

8069
€3.50 €3.89
Kadaif is a dough widely used in pastries in the Middle East and for snacks. It is ideal for preparing the traditional Kadaif ekmek dessert, but it can also be used in various dishes by wrapping the kadaif with cheese and shrimp With a crisp and fine texture, kadaif threads make nests, cylinders, flat layers, toppings or even skeins that add volume and...

7197
€4.05 €4.50
Sumac or Zumaque is a spice of a ripe fruit with an intense red-brown color that is used mainly in the gastronomy of the Middle East, with an acidic flavor similar to lemon. Sumac has antioxidant, anti-inflammatory properties, aids in digestive processes and lowers cholesterol. In short, this spice contributes much more than flavor to your meals.... 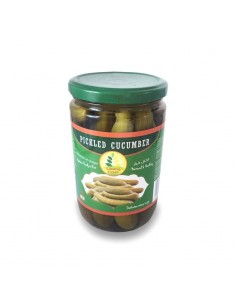 6179
€6.90
Try these Kabis Khiar pickled cucumbers, they are perfect for garnishes, topping and appetizer, you can also use them in salads and they will give it a fresh and original flavor. Ingredients: Cucumbers, water, salt, vinegar, potassium sorbate E202. Allergens: Sin alérgenos Format: 660 gr. 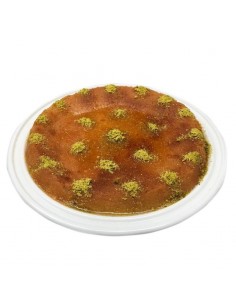 7590
€23.50
Knafeh is a Middle Eastern dessert made with kataifi pasta, akawi cheese and butter Ghee, its flavor is sweet, accompanied by a crunchy texture that Kataifi pasta gives it. Once cooked, it is sprinkled with rose water that adds flavor and aroma to the dessert, then sprinkled with pistachios. The knafeh is eaten hot which makes the cheese melt on the first... 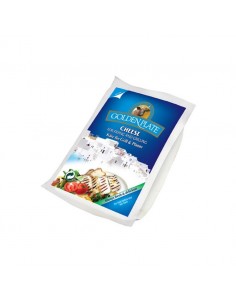 7333
€2.70
Halloumi Cheese this cheese is ideal for roasting, grilling or frying, it is a cheese originating in Cyprus. Traditionally it is made with a mixture of goat and sheep milk, although you can find Halloumi made with cow's milk. You can combine it with salads, as a starter or as a cover. "THIS PRODUCT NEEDS REFRIGERATION FOR ITS SHIPMENT" Ingredients:... 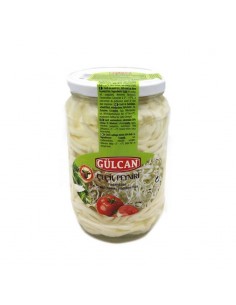 8037
€6.00
Cecil Cheese is a string cheese made of brine, of Turkish origin. It has an approximate consistency to that of mozzarella or sulguni and is produced in the form of dense ropes, wound in the form of a braid. The flavor of Çeçil is very similar to that of a young and smooth cheddar. It's great for a snack and blends well into sandwiches and burgers. "THIS... 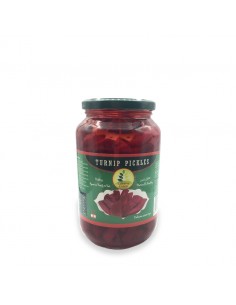 7230
€3.10
Kabis Lifet Turnips in vinegar serve as a side dish to other dishes or as a snack or appetizer. Suitable for Vegans. It can be consumed by the entire population, except in case of allergy to any of the ingredients. Ingredients: Turnip, water, salt, vinegar, potassium sorbate E202. Allergens: Allergen free Format: 660 gr. 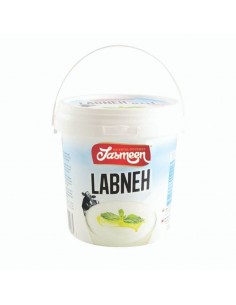 JASMEEN
7166
€8.48 €10.60
Labneh is a thick and slightly salty yogurt cheese prepared according to a Middle Eastern recipe. Also known as labna, labni, lebni or labani. It's perfect for sandwiches and salads, it can be served with pita bread or manaeesh bread, or you can serve the labneh seasoned with olive oil and zaatar. For a more consistent version, it can be served with...
Tap to zoom

Save products on your wishlist to buy them later or share with your friends.

No account? Create one here
Product added to wishlist